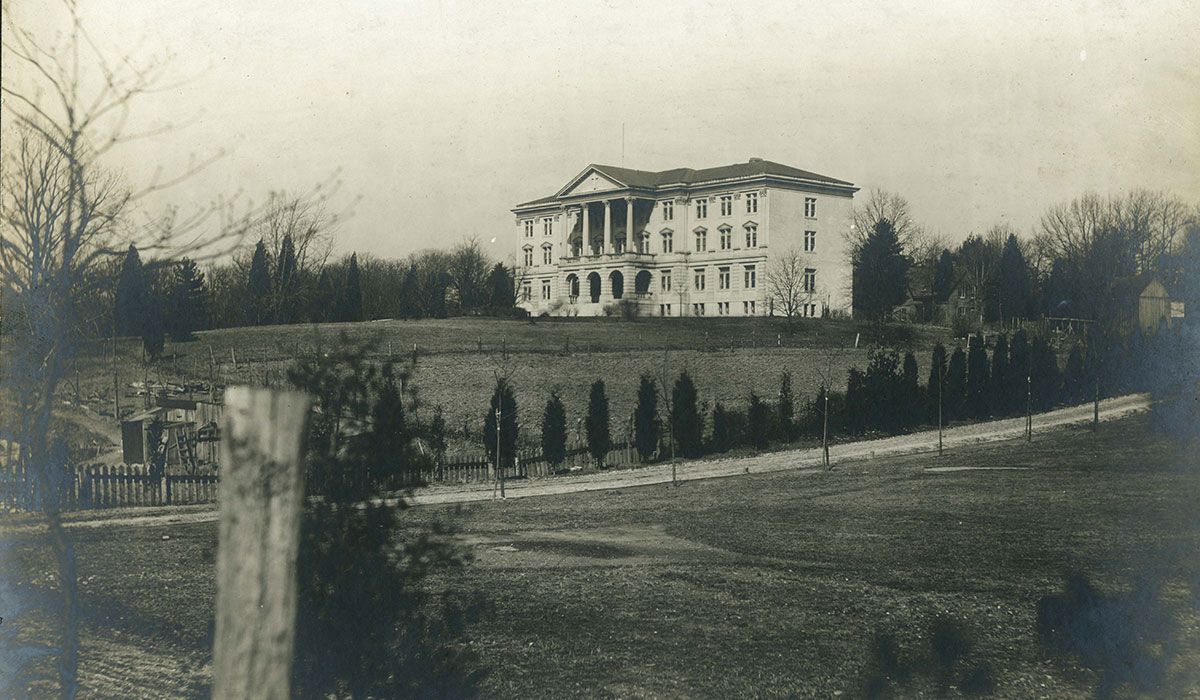 One of the first Psychology Laboratories in the Country

In 1889, a 26-year old priest with a doctoral degree in sacred theology came across a secondhand copy of Wilhelm Wundt’s 1874 Principles of Physiological Psychology at a Paris bookstore. His name was Edward Pace and he was so inspired by Wundt’s ideas that he resolved to study with the author at the University of Leipzig in Germany, becoming the first Catholic priest and one of only six Americans to have studied with the founder of experimental psychology.

Shortly after earning his Ph.D. in 1891, Rev. (later Monsignor) Pace began teaching what he’d learned in Europe at Catholic University. In 1892 he introduced the earliest psychology laboratory of its kind in any Catholic institution. The first psychology courses offered that year were taught in theology, and later under the discipline of philosophy. In 1905 the Department of Psychology was set up within the School of Philosophy. Pace and his colleagues were beginning to demonstrate how empirical studies of pain or attention could advance our understanding of basic human sensory experience.

In 1922, one of Monsignor Pace’s students succeeded him as department chair. Thomas Verner Moore was a Paulist father, then a Benedictine, and finally a Carthusian monk at the time of his passing. He had a medical degree and served as a psychiatrist with the armed forces during the First World War, became superintendent of St. Elizabeth’s Hospital in Washington, D.C., and established St. Gertrude’s School of Arts and Crafts for mentally challenged children. Father Moore’s clinic became a model after which other Catholic clinics were patterned. The department continued to extend its contributions to training mental health professionals in the following decades.

In 1947, Father John Stafford, who had received a Ph.D. from the University of Louvain, became head of what was now called the Department of Psychology and Psychiatry. Under his leadership, there was a thriving Chaplain Training Program as well as a Veterans’ Affairs training program in clinical psychology. Catholic University had the only American Psychological Association-approved clinic within 100 miles of Washington, D.C. By 1960, the Department of Psychology was well established and housed the third floor of McMahon Hall.  As the department looked to the future, there was increasing recognition of the impact of psychology in a variety of fields, and the department hired faculty for several new programs, including social psychology, personality, counseling, and human development. One of those faculty members was Hans Furth, whose background included escape from his Nazi-besieged Austrian homeland, training as a concert pianist at the Royal Academy of Music in London, and 10 years in a Carthusian monastery.

Furth brought a unique interest to the department: the study of the deaf, with a deep interest in the work of Jean Piaget, the leading developmental psychologist of the 20th century. Furth’s publications made accessible Piaget’s largely abstract ideas, including the notion that children left to their own devices continually rethink their understanding of the world and are not empty vessels waiting for educators to fill them with knowledge. He found that far from impeding their development, use of sign language for those with hearing impairments, highly discouraged in deaf education at the time, actually spurred healthier development.

Furth, Youniss, and faculty member Bruce Ross established the Center for Thinking and Language in the 1960s, and they made Piaget’s theory the centerpiece of the Ph.D. program in developmental psychology. In 1970, the University awarded Piaget an honorary doctorate. During the following decades, the department developed its doctoral programs in Applied Experimental Psychology, Clinical Psychology, and Human Development; master’s programs in Psychological Science and Human Factors; and a strong undergraduate major. The faculty and the student body grew, with undergraduates becoming a priority equal to graduate students.

In 2017, the Department celebrated 125 years of Psychology at The Catholic University of America.

For more the full CUA Magazine article on the Psychology Department and the 125th celebration, please click here